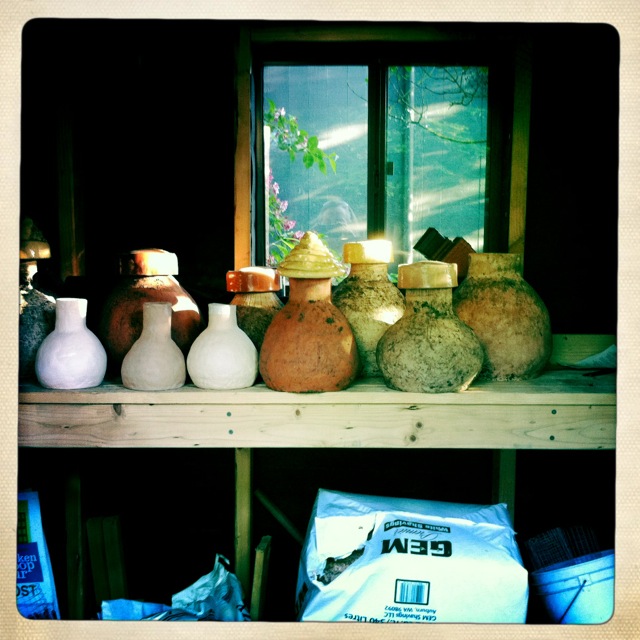 I have made 15 ollas now from 5 clay types, all fired at ‘bisque’ temperatures (cone 06 ~ 1000 degC); Akio, Sculpture Buff, Red Art, Red Art with Sand, Brown Terracotta. The Red Art ollas are beautiful, but became vitreous – they hold water instead of seeping it.  The other 4 clay bodies ‘work’ – in that they are porous and water the roots of nearby plants.

The first ollas are enormous. Number 1, the dinosaur egg, has walls nearly 1″ thick and consumed an entire bag of Akio clay.  I keep those first two planted year-round.  Later ollas are smaller and smaller. I can now make a 10# bag of clay last 3-4 ollas; smaller, faster, thinner. 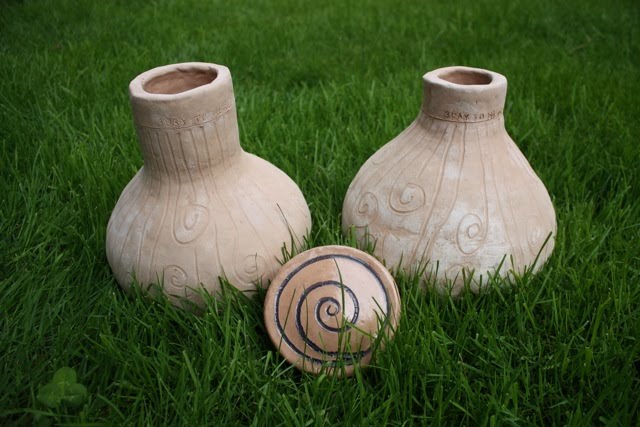 This spring I used an extruder at the ceramics studio to make a delicate olla; large, but with walls 3/8″ thick. Using the extruder saved time making coils, but the wet clay needed time to dry as the pot grew.

Lightest, thinnest olla yet. Green is wax to slow dry the coiled neck

Despite my intentions, I did not make enough ollas to ‘go around’ this spring. I chose to use most of the ollas on two garden rows; tomatoes + tomatillos and cucumbers + squashes. I used the largest ollas for the tomatoes, planting four to an olla. The smallest ollas – that I intended to plant in large pots of carrots (next year…) – got used for tomatillos; two per olla. Finally, I decided to do right by the squash family this year. The medium-sized ollas will feed only two plants each.

With so many sizes and clay types, it has been difficult to determine which ollas work best. What I have noticed so far is that the brown terracotta ollas empty first. They are more porous. What remains to be seen is whether plants do better with a more porous olla. There are still so many factors; location, plant type, plant variety, climate. This year I will follow the success of the plants fed by the brown terracotta ollas on the curcurbits, tomatoes, and tomatillos compared to those plants fed by the less porous ollas to determine whether or not brown terracotta clay should be used to make new ollas. 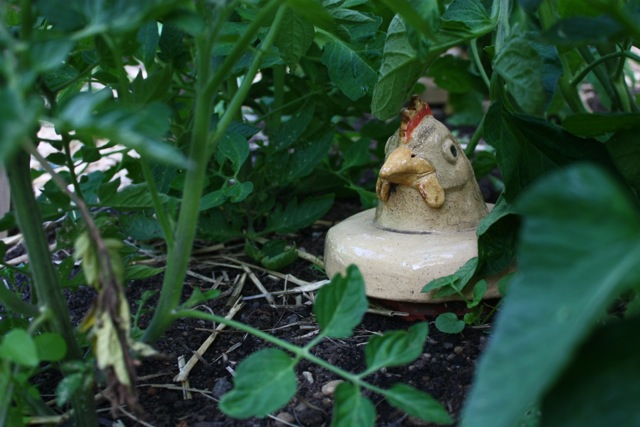 Puget Sound Residents: I will be teaching a class in March on hand-building ollas!