I never realized how descriptive the word ‘popcorn’ is until I heard it in Spanish: ‘Pochoclo’. I laughed out loud, saying “Literally, it means ‘pop’ ‘corn’!” Immediately obvious was that ‘popcorn’ does also.

Last summer I grew popcorn. Territorial Seed Company offers an ‘Early Pink Corn‘. True to its word, it was early (for our impossibly late and cool summer) and it was pink. 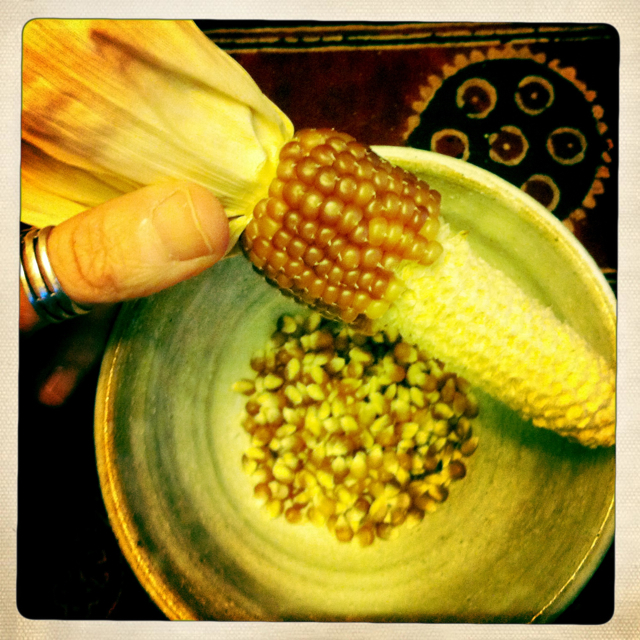 Raccoons got the best of the crop, but what was left I dried in a paper bag in my closet. Last month I pushed each small, shiny kernel from its cob, collecting nearly two cups from perhaps eight small cobs.

Popped, they are small, white, and tasty; the kernel shell less obtrusive than ‘regular’ popcorn. I decided it was worth the effort. With more vermin vigilance, I will attempt to better grow popcorn in 2011.

This entry was posted in corn, food. Bookmark the permalink.