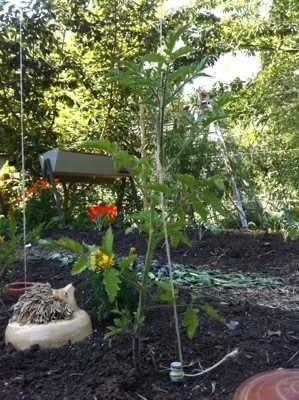 Tomato start making its first loop of the twine support

What is the best way to grow tomatoes? The answer will partly depend on the variety grown and partly on the climate, but I think the descriptor ‘vines’ is part of the answer.

Every garden year I challenge myself with the best physical support for tomato vines. I have tried allowing them to sprawl, inverted ring cages, box cages, pruning, and leader support.

This year I will prune my tomato vines to a single leader and train them up a single vertical support.

I used this method in 2009 and it was very successful until the plants grew too heavy for the bamboo frame that I built.

For better support, I am following the method detailed by Ed Smith in The Vegetable Gardeners Bible. 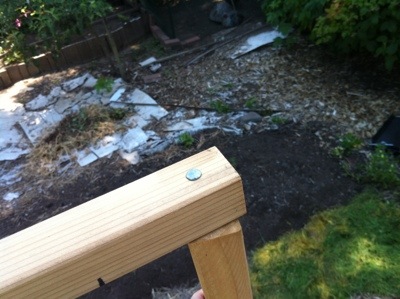 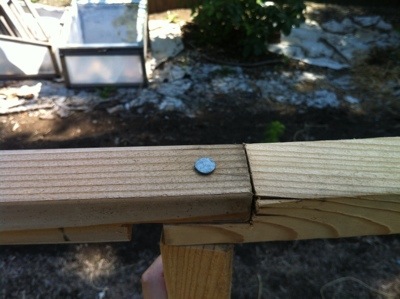 Detail of overlap between two horizontal supports at a vertical post 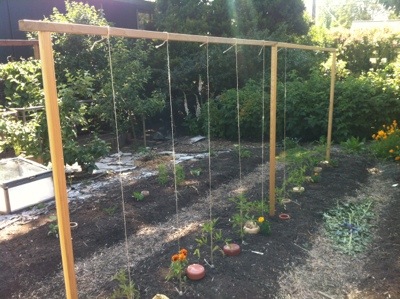 UPDATE: The one thing I would change about this trellising method for next year is the twine. The twine I used deteriorated after a month or so, resulting in collapse of the entire plant. I had to advocate for synthetic twine, but next year I will use something stronger.