A cry for honeybee help 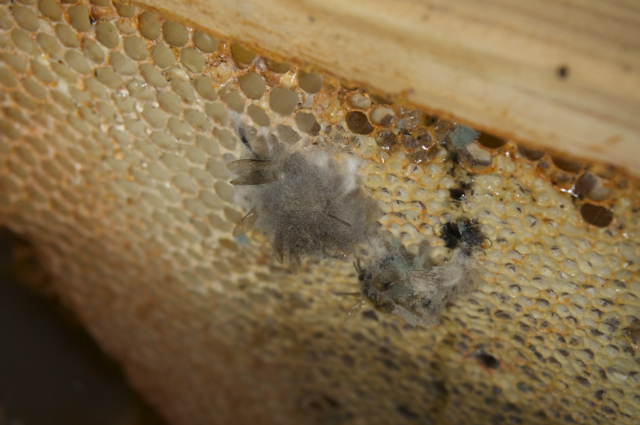 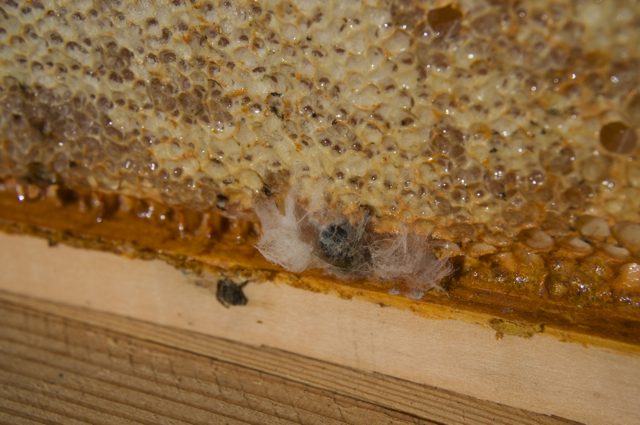 Moldy bee at top of comb (bar upside down for inspection) 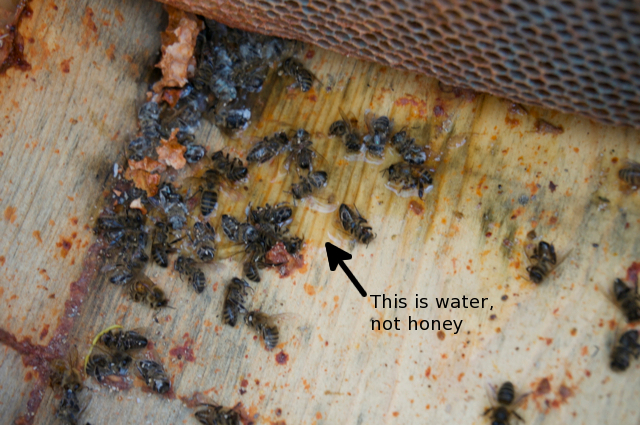 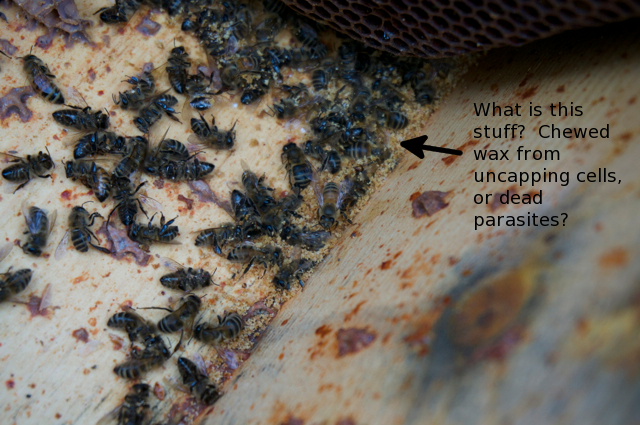 Dead bees amid some sort of dusty particles 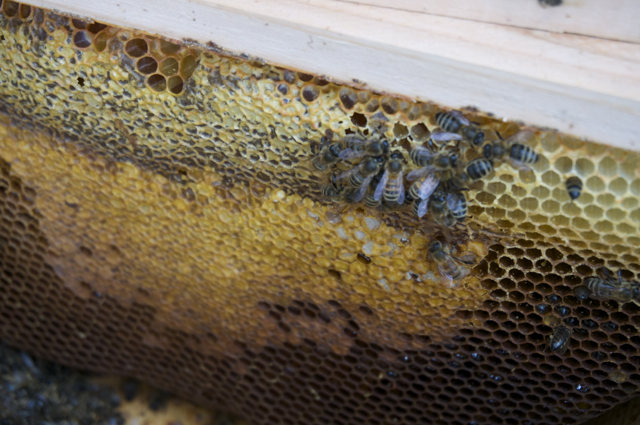 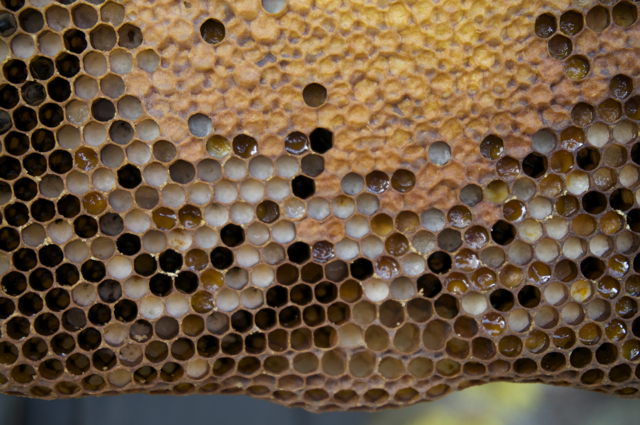 What do you do with dead bees? I don’t mean the steady trickle of bees who have lived out their useful lives. I mean couches of bees in fungal shrouds. The ‘uh-oh, my bees are dying’ kind of dead bees.

We had a brutal week of sub-zero weather followed by warmer weather with buckets and buckets of water falling from the sky. Today was mild and sunny and, though windy, the Italians were out sunning themselves. The Carniolans, on the other hive, were dreadfully silent.

Looking at the hive entrance: One or two bees flying out. Looking through the observation window: Handfuls of dead bees on the hive floor. So, without even gearing up, we went in. There were bees in there, but orders of magnitude fewer than we expect (i.e. 100s instead of 10s of 1000s). And the newest comb, furthest from the brood chamber, carried dead bees married to the comb by puffy fungal threads.

Ruh-roh. Newest comb empty since summer. A few bars in, recently capped honey in the middle of the comb, but with dead bees below and within cells. In the middle of the hive, dead bees in what appeared to be a pool of water towards the broken window. At the back of the brood chamber, we found white larvae curled inside honeycomb cells, but rather than glistening white, the larvae were pasty white – possibly dried out – probably dead. Other cells appeared to contain putrescence.

As the sun was moving on towards the Pacific we closed the hive back up to try to figure out what the heck to do next. Is the hive dead? Did the bees die because water got in past my crappy lids and broken window, challenging the already-damp conditions? Do we sacrifice the moldy combs, contract the hive, and see if it can recover? How do we dispose of the dead bees (in case they are diseased)? Can we eat the honey in the capped cells even if there is mold present on parts of the comb (where dead bees are)? We could seriously use some advice.

8 Responses to A cry for honeybee help