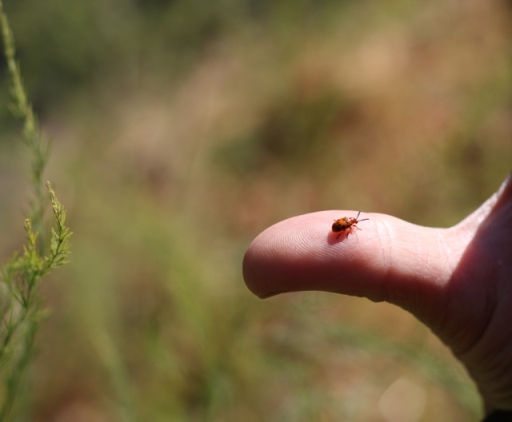 I have been growing asparagus for 4 years. As reported previously, I replanted in 2011 and the current crop is a model of healthy asparagusness. Eager for the first sustainably edible spears, I regularly inspect my plants; pull weeds, note berries (on what should be 100% male plants – grrr), inspect bent spears for insect damage, and watch the lovely tall fronds wave in the wind. 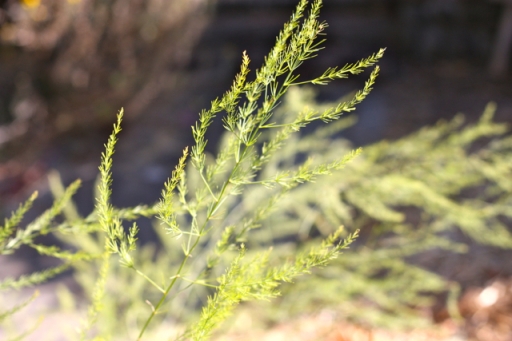 This week for the first time I found a brilliant orange beetle hanging to a frond. At first glance, I assumed it was a lady beetle. Ever happy to welcome them to my garden, I peered closer. Not the round carapace of a lady beetle. I ran inside to get my ‘Good bug, Bad bug’ garden guide. Not Crioceris asparagi! Just a pretty beetle. Or was it? I had the same shape and size as the asparagus beetle. I decided to consult the all-knowing Internets. 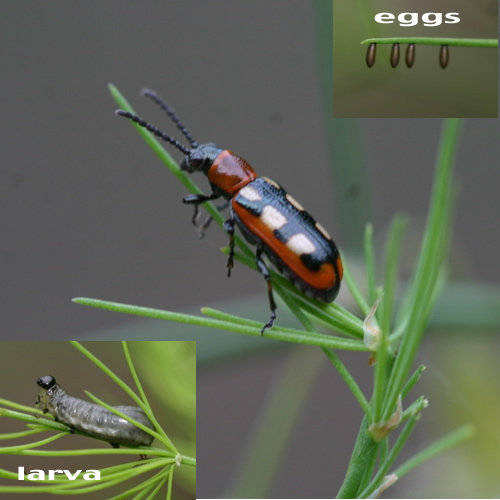 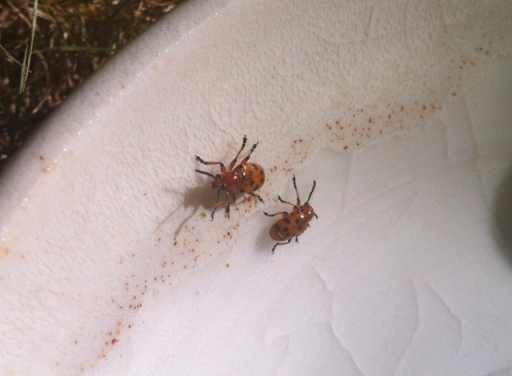 Spotted asparagus beetle, C. duodecimimpuctata (because of its 10 spots), is a close relative of C. asparagi. Both adults feed on the spears and fronds, but the asparagus beetle is considered the more dangerous pest because its larvae can defoliate the fronds.  In contrast, larvae of the spotted asparagus beetle feed exclusively on the (extraneous) female berries – right, the ones my all-male clones are not supposed to have.

So! I picked off the berries and the adult beetles (chicken snack), will cut down and compost the dead fronds that provide overwinter habitat, and will remain vigilant when the spears appear next spring.  I do love knowing my enemies…