Confined in the side yard during the past year, our chickens had scratched their way to a barren wasteland.  I decided to try a little chicken-exclusion experiment to re-grow some vegetation, both for them and for aesthetics.

Improvising a pen, I planted crimson clover seed inside the protected enclosure. It grew beautifully. 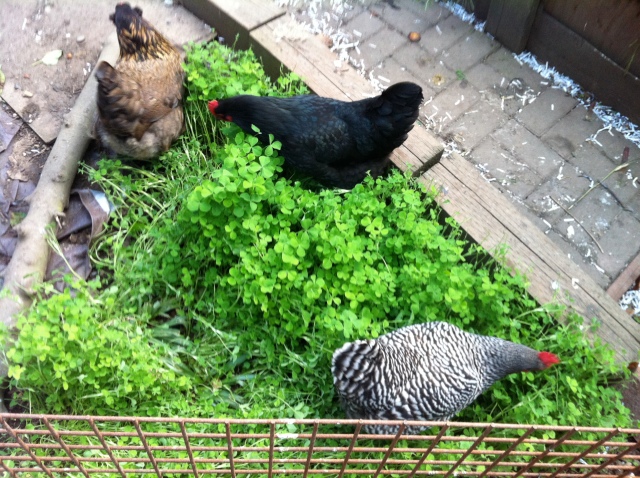 Within seconds of moving the pen to start a new area, the wee devils were trampling the fresh clover patch. 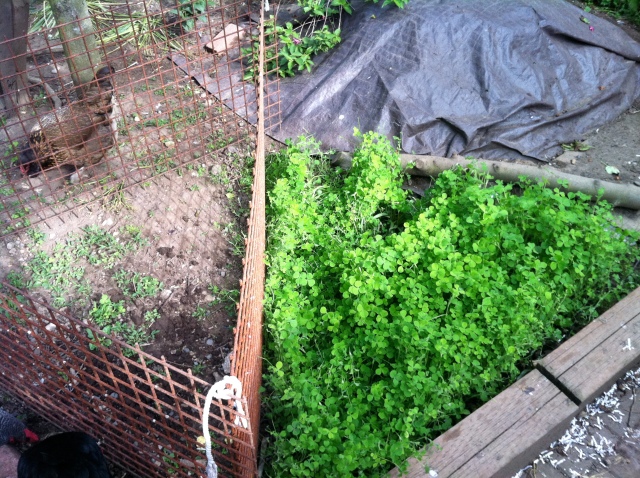 By the following morning, it had been trampled and nibbled nearly to death. 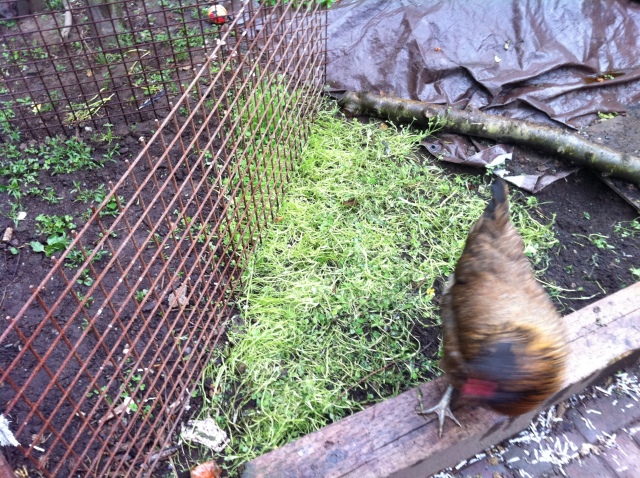 The final coup-de-grace was the scratching. 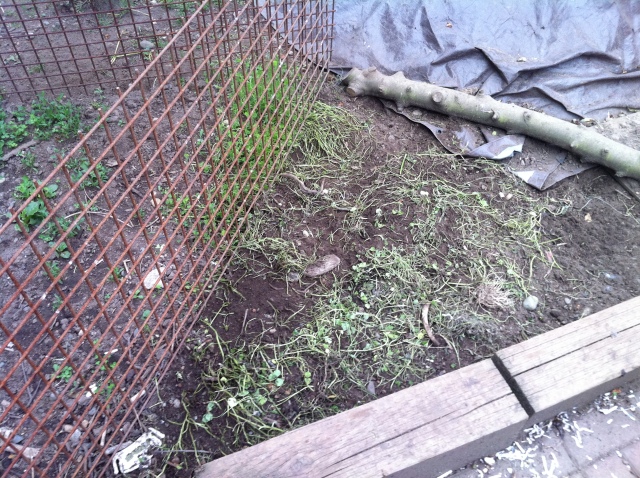 I had thought that with their expanded run the re-growth experiment would have a chance. Apparently, some things do not scale linearly…

CHECK OUT THE CHICKEN FOOD FENCE I BUILT LATER!

This entry was posted in chicken coop / run, chickens, Sustainability. Bookmark the permalink.