Let’s say, on the other hand, that you have plans for your yard.  Say you like to have pretty plants and grow food and not step on little nutrient-rich land mines when you walk down your steps.  Part of keeping your sanity in raising chickens is to design and implement a Chicken Management Strategy.  Often, as in our case, this will involve adaptive management.

We used to let our chickens roam free.  That first summer, I grew a garden and had to fence it in.  Then I had to put up a taller fence.  Next summer I locked the chickens up in their own yard.  Since then it’s been a battle of cunning and wills – theirs against mine. They may be small and have tiny brains, but there are three of them and they’ve nothing better to do all day than find ways to escape to new scratching territory.

Don’t misunderstand! These chickens are not locked in a pen walking in circles in their own poop. They have some 600 sqft along the side of the yard extending the length of the lot, originally endowed with grassy areas. Why they persist in escaping to the larger yard is a bit beyond me – it’s not like they spend their time chomping the grass they are lacking. They spend most of their time scratching things I don’t want them to scratch – the flower beds, the garden paths, newly planted veggie beds.

This winter I hatched a new plan. In the front yard, the chickens were finding places to jump at, and then over, the floppy plastic 40-60″ fencing. I reasoned that chickens don’t need all that room over their heads; they don’t use it for anything except jumping over the fence. So rather than build a very tall fence, I decided to enclose them in (potentially movable) chicken tractors.

I used cheap 2×2 furling to build a frame: 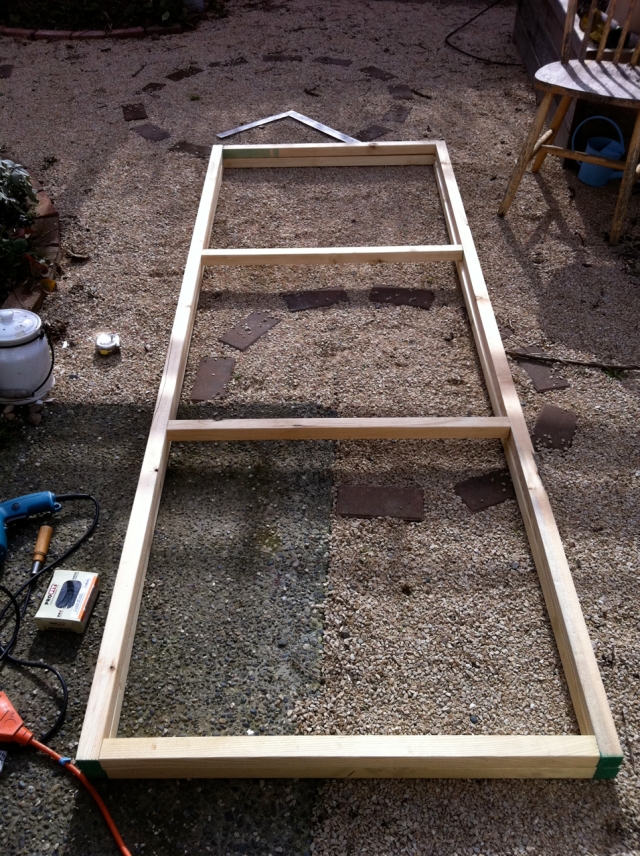 Next I stapled inexpensive welded fencing to the frame. I wanted the chickens totally secured, but with the best visibility:

In the yard, I stacked the tractors side-by-each along the composting fence: 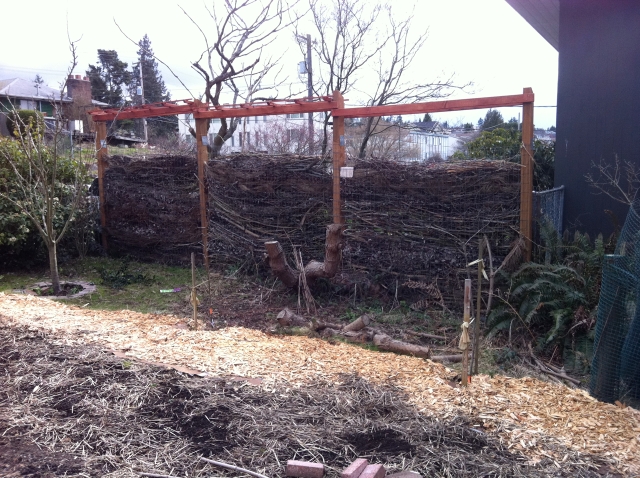 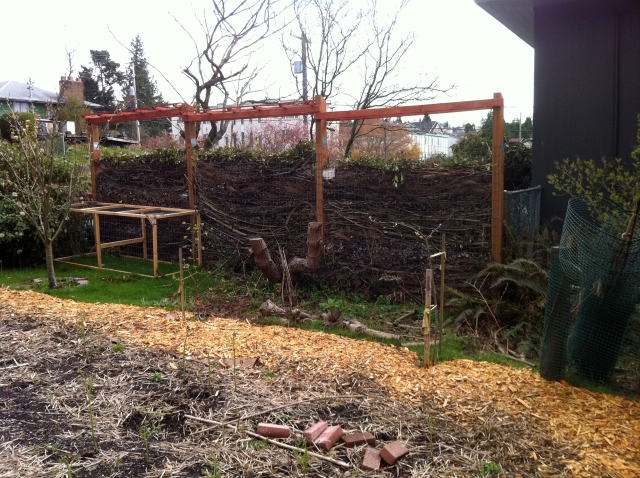 Finally, we cleared the bushes along the fence so our neighbours can still visit with the chickens:

The next step is to secure where the old fencing meets the new fencing so I can finally get my garden planted!

2 Responses to My Chicken Tractor Train