I’ve never been keen on the idea but now I’ve decided: GM foods are scary.

Currently, most genetically-modified (GM) food is corn and soybeans. Sure, there are other foods that have been GM; tomatoes, potatoes, papaya, cotton, squash, and beets, but these foods contribute much less to overall production. Most ‘processed food’, food that didn’t exist when your grandmother was a kid (i.e. most aisles of the grocery store), is made of corn and soybeans, either directly (whole or refined) or indirectly via products from animals that have been fed corn and/or soybeans (eggs, milk, meat…). As Michael Pollan creatively put it in his book Omnivore’s Dilemma, we are ‘Corn [and soybeans] Walking’.

(On a side note: How much it would suck in our society to be allergic to corn or soybeans?).

Why genetically-modify food? Some gene manipulations protect against plant disease, but the most common GMs come in two non-exclusive types: 1) pesticide-resistance and 2) pest-resistance. These manipulations truly are a boon to ‘modern’, industrial, single-species agriculture, which currently dominates food production in industrialized countries. (Although industrial agriculture itself, in my opinion, is not a boon to human sustainability, a.k.a. ecological integrity). 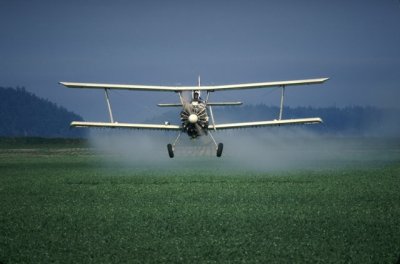 In the second GM, plants contain genes that make the plant itself more resistant to pest attacks, one example of which is Bt corn. Bt corn contains genes from the bacteria Bacillus thuringiensis that produces an insect-killing toxin, activated only by the biochemical conditions on the guts of certain kinds of insects. Pretty sweet, actually, though you wouldn’t want this escaping to wild plants.

But it doesn’t end there – the best is yet to come! GM seed companies are working on terminator genes which will grow plants that produce sterile seeds. The idea is both that the genes cannot escape (ideally) via pollen to affect wild plants and also that there shall be no seed saving – farmers could not plant seeds from last year’s crop.

And that’s not all. Ironically, in an article meant to quiet our fears, the US Food & Drug Administration (FDA) got my teeth chattering over the GMO vision of ‘The Future of Foods’:

“The first generation of genetically engineered crops was developed primarily to benefit the growers. Plants were created to resist pests and diseases and to tolerate herbicides used to kill weeds. Scientists see the next generation of genetically engineered products benefiting consumers directly. They are adding nutrients to foods to help prevent [human] diseases, reducing allergens and toxins, and making foods tastier.”

WTF? Humans are so bloody arrogant. We think we know how things work, but, having only pieces of puzzles, we do damaging things in our ignorance. An overabundance of one nutrient can create different diseases; we may eliminate some allergens and toxins and create others; and – the real everyday-gem – making foods ‘tastier’???

I don’t want anyone trying to make my food ‘tastier’??!! Growing up, I was a very picky eater. It took me a long time to find the foods that I like, and longer still the foods that I love. I love green mangoes and the sourest apples, fresh coconut and dry oatmeal. The last thing I’d want is someone coming along thinking they know what I think is tasty and messing it all up!! What if they took my favorite fruits and made them sweet? What if they took your favourite food and made you allergic to it?

GM food brings to mind what author and science policy critic Michael Crichton famously wrote in his classic thriller ‘Jurassic Park’. On the inaugural visit to the fictitious park where scientists had used DNA from fossilized mosquitoes to bring dinosaurs back to life, the skeptical observer Dr. Malcolm (played nicely by Jeff Goldblum) said: “…your scientists were so preoccupied with whether or not they could, they didn’t stop to think if they should.”

Europeans have decided that, in the case of GM foods, they shouldn’t have. Concerned about potential health impacts of GM foods, European consumers have said, emphatically, ‘No thanks’. Well, polite refusals are not received well in international forums so the USA, Canada, and Argentina, which collectively grow 90% of the world’s GM crops, complained to the World Trade Organization (WTO). The WTO finally decided that the EU decision was illegal – that’s right, the EU wasn’t allowed to say No to GM food.

Although the EU decision was based on the recognition that the science on GM safety is not complete, their decision to ban GM foods is seen as non-scientific. So what? Let’s say it’s just a value judgment. I’m all about value judgments. Science is only a tool, after all. A piece of knowledge. How you feel about something is another piece of knowledge, and no less valid, in my opinion.

And following my own opinion, I’m staying away from the scary stuff whenever I can. There are alternatives. Have an opinion, have a voice.

This entry was posted in food, Rants, Scientific. Bookmark the permalink.